May 25, 10pm, at the Playground Theater (3209 N Halsted St), Scooch Tap presents: Scotch Tape! Unrehearsed Shakespeare will be joining in the shenanigans.

And at long last: Unrehearsed Shakespeare and We Three will be joining forces to present a scene from The Wayward Women, performed in the First Folio Cue Script Technique and featuring an all-new cast!

Who will play what role? There’s only one way to find out!

Be there! Be square! Cause why not both! 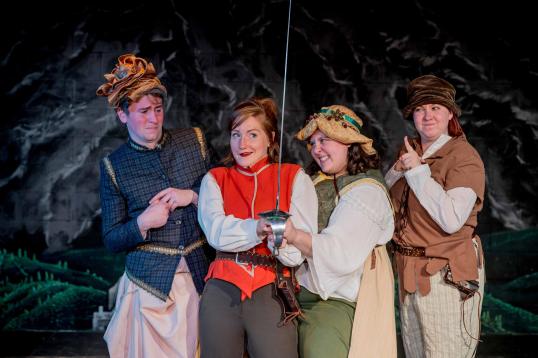